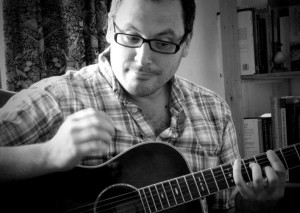 Dominic (b.1973) graduated from Oxford University in 1994 having studied with Susan Wollenberg and John Warrack. He is also a graduate of the Royal College of Music where his masters degree studies were funded with a PRS Foundation Scholarship. He studied with Joseph Horovitz, Timothy Salter and Prof. David Burnand.

He has had an eclectic career: in the late 90s he worked as a guitarist (Clone Rangers, Channel 5; Loganberry Jam, function band) and as a solo violinist (Scala Productions’ Five Seconds to Spare, Norwich Union commercial). He also began his film music career writing scores for two short films in 2001 – Blowing Wedge had its premiere held at BAFTA. In addition, he worked as an assistant, copyist and orchestrator on a variety of other projects which included the BBC’s Walking with Beasts, Sightsavers International (co-composed with Ben Pope), and the Men’s Health Forum (WWAV Rapp Collins International), the feature film Christmas Carol: The Movie (studio assistant), a production of Axe for the Frozen Sea by Bedlam Theatre Company of Cornwall, musical arranger for Elton John’s Celebrity Gala at Somerset House in 2002, music preparation/arranger for Sarah Brightman’s album Harem (uncredited), ITV’s Margorie and Gladys, composer for Christopher William Hill’s Dark Woods Beyond (Arts Council funded production by Bedlam Theatre Company of Cornwall), copyist for ENO’s Gadaffi – A Living Myth. In addition, Dominic has produced many concert works which can be found on the MUSIC page.

From 2003 Dominic was engaged as a composition A level music and musicianship teacher at Trinity Laban Junior Department and also worked in this capacity and as head of department at Godalming College in Surrey from 2004-2008. From 2005 he produced a number of high profile works which included a short ballet as part of the Synergy project between English National Ballet and the Royal College of Music as well as Esoteria for clarinet and string trio for the Contemporary Consort at the Royal College (Review in Tempo. 60 (235), pp.63–82 (2006)).

His largest scale project was a commission from the Brighton International Festival to produce a live-to-film version of Sir William Walton’s score to Henry V (1944) (See Music page for more details). This premiered at The Dome with Carl Davis conducting the RPO in 2007 and was the subject of a BBC World Service programme. It was received well and has since gone on to attract a number of other performances. Future performances are at the planning stage (Live Film Orchestra). 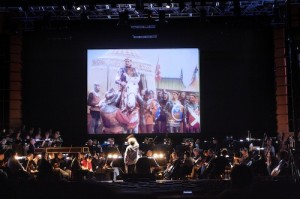 Dominic’s area of expertise is in writing music for film, TV, commercials, theatre, radio and the concert hall.